This report presents the results of an archaeological excavation at Eynesbury in Cambridgeshire, undertaken in 2000–01 by Wessex Archaeology. The site contained the remains of a ritual ceremonial and funerary complex dating from the Neolithic and the Bronze Age, as well as evidence for Romano-British land-use and Saxon occupation.

The prehistoric complex contained two Early Neolithic cursus enclosures, from which OSL (optically stimulated luminescence) dating results of 4150±350 BC and 4150±340 BC were obtained. An Early Neolithic hengiform ring-ditch was also excavated; oak charcoal from a pit that was used to close an entrance in the ring-ditch provided a radiocarbon date of 3970–3690 cal. BC. A Neolithic long barrow, with placed deposits that included human and animal remains as well as artefacts, was radiocarbon dated to 2900–2350 cal. BC from antler recovered from the base of the ditch. An undated double enclosure is believed to represent another Neolithic ritual or funerary monument, while discrete Neolithic pits containing placed deposits were also excavated.

In the Romano-British period the site was part of an agricultural landscape, as evidenced by field boundaries and associated stock management enclosures and droveways.

The site also provided evidence for Saxon occupation, including seven sunken-featured buildings recorded in the western part of the site. These dated to the 7th century AD. A small number of associated features were excavated, including large rubbish pits and a smithing furnace for ironworking. 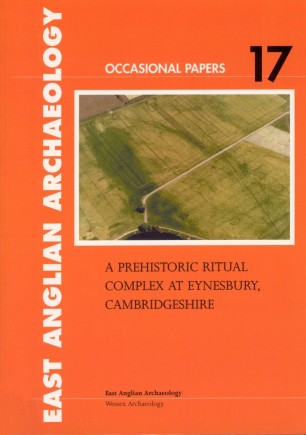