All known examples of armorial horse furniture held on the Norfolk Sites and Monuments Record, with the provenance of the vast majority accurately recorded, have been brought together in this book and 246 examples are illustrated. Arms are attributed with local, national and European connections, and changes in form and decoration are analysed, resulting in a revision of some conventional dating.

One of the most interesting outcomes of the study is the indication that the heraldic decoration of horse furniture got underway during the second and third quarters of the twelfth century, somewhat earlier than was previously accepted. The late thirteenth and early fourteenth centuries saw the maximum popularity of enamelled pieces and thereafter a slow decline set in. 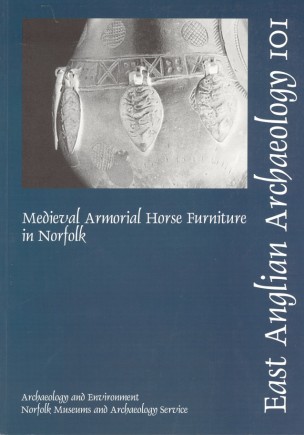