Surveys of the evidence for barrows have been conducted in Norfolk, Suffolk and Essex, with the principal aim of assessing the field evidence for these burial mounds. In these surveys all recorded mounds, whether extant or destroyed since they were originally observed, have been called barrows when it seemed likely that their original function was to commemorate the dead. An attempt has been made to bring together the evidence from all three counties for the chronology and meaning of barrow names; for the folklore and legends associated with barrows; for the various types of burial mounds in the region; and for the agents of destruction. other mounds which superficially resemble barrows are discussed. Circular crop and soil-marks thought to have surrounded barrows, now levelled, are here referred to as ring-ditches. Ring-ditches, indicated by circular crop and soil-marks and thought to have surrounded barrows, are recorded and discussed – annular, causewayed and multiple examples being noted. 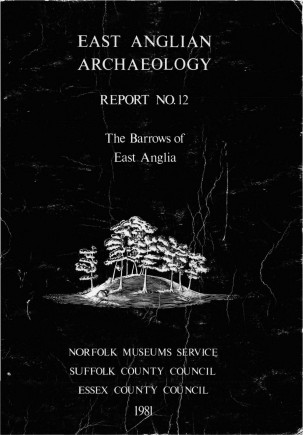