The varied environment of the fen edge was an important asset to the farmers of the 2nd millenium bc. Several Beaker domestic sites were discovered by Frank Curtis while fieldwalking in the parish of Hockwold-cum-Wilton. Small-scale excavations proved how archaeologically rich these sites were.
The excavations and finds are described and discussed, and placed in context with all other known sites in the area, making an important contribution to the Fenland Survey. Gazetteers list Beaker domestic sites in East Anglia and in Britain, briefly describing the features and artefact assemblages. All this is brought together in the discussion-structures, other features, finds and the economy of these sites. Finally, the affinities and development of rusticated and coarse Beaker-type pottery are reviewed to produce an outline chronology for the period. 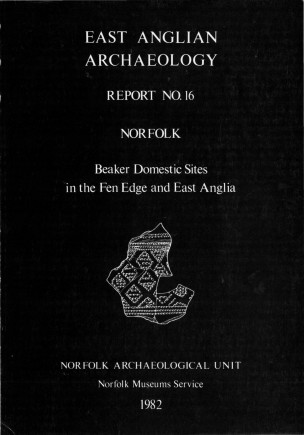