Excavations at East Winch on the Greensand Belt in north-west Norfolk, revealed a Romano-British pottery production site — part of the Nar Valley industry — as well as more limited evidence of iron smelting and possible habitation. The principal features were a trackway, potentially linking the site to the nearby iron smelting site at Ashwicken, and part of a ditched enclosure containing an aisled building, a stone-founded workshop, four Nar Valley kilns and a drying oven.

The pottery assemblage adds considerably to our understanding of this industry. Of principal importance is the occurrence within the pottery assemblage of tightly dated imports which assist in developing a chronology for the Nar Valley industry. Archaeomagnetic dating of one of the kilns indicated a last firing at some point between AD 200 and 250.

A decline in pottery production in the later Roman period seems to have coincided with a renewed emphasis on iron smelting nearby and the disposal of quantities of tap slag on site. 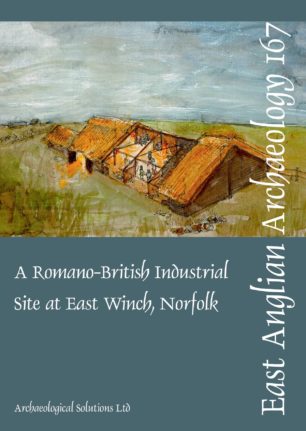