This is a review of the archaeology and history of Witton parish from prehistory to the present day.
Fieldwalking finds, discovered by John Owles on his farm, which covers a large part of the parish, form the basis of this report. Excavation provided further information on a Roman kiln, and also Early Saxon settlement with its sunken-featured buildings. An analysis of Saxon exploitation of the landscape showed shifting settlement patterns. The medieval and post-medieval settlement is viewed against the historical and documentary evidence.
The two medieval churches are described, and accompanied by a graveyard survey of St Margaret’s Church. 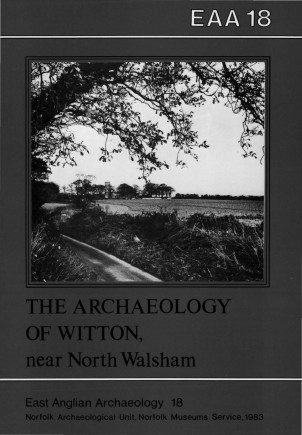