This report presents the archaeological and environmental work of the Welland Valley Project on the gravel soils of the lower Welland, east of Stamford, to the fen edge.
The introduction describes the regional geology and soils, previous archaeological work in the area, and the field survey intended to set the excavations in context. Post-depositional effects are also considered.
The excavations at Maxey, by W.G. Simpson in 1962–3, and by the Project in 1979–81, investigated a major Neolithic henge monument, lengths of cursus ditch and a small oval barrow. Iron Age enclosures, settlement remains and probable square barrow, and a Romano-British farmstead, were also found.
The report concludes with a full synthesis of results in which environment and land use are reviewed and the role of field survey in lowland landscapes is assessed. Special attention is paid to Neolithic funerary practices and the use of ceremonial sites. 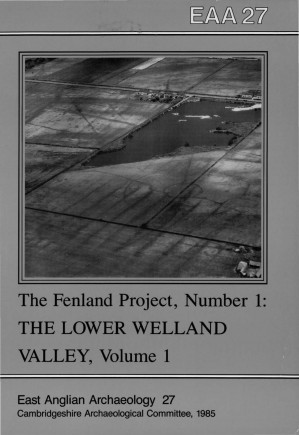