The south-western part of this Early Saxon cemetery produced about 365 inhumations and 9 cremations. The bone preservation was poor, so that the burials were sexed almost entirely on the evidence of grave-goods.
In two cases, individual inhumations were surrounded by ring-ditches, two other penannular ditches were found, and a square slot may have been the foundation of a timber building, related to the cemetery.
The catalogue contains plans of each inhumation, with the positions of the grave-goods. These are described in Volume 1, but illustrated in Volume 2, as grave-groups.
Specialists’ reports appear in Volume 1, including an extensive analysis of the lyre remains from Inhumation 97. 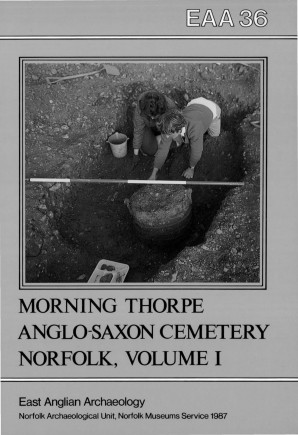