The survey and excavation of a good example of a large linear village site in central Norfolk, at least twenty-nine tofts being visible. Two house sites and the front of a single toft were excavated, and the results of fieldwalking within the parish are also presented. Thuxton is compared with Grenstein, a similar site excavated shortly afterwards. 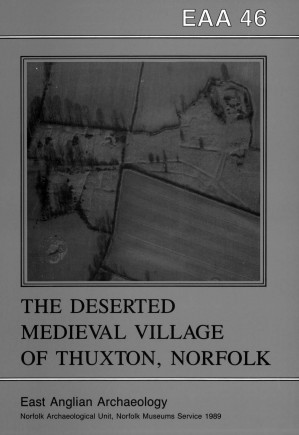