The animal bones from West Stow represent one of the largest and best preserved faunal assemblages that has been analysed in Britain to date. Approximately two tons of animal bone is studied for its contribution to early Anglo-Saxon husbandry and hunting practices, by showing species ratios, kill-patterns and butchery practices.
The West Stow subsistence system is argued to have adaptability as its outstanding characteristics, followed by continuity with pre-Saxon animal husbandry patterns in Britain. Implications for the effect of the Adventus Saxonum are discussed from this zooarchaeological evidence. 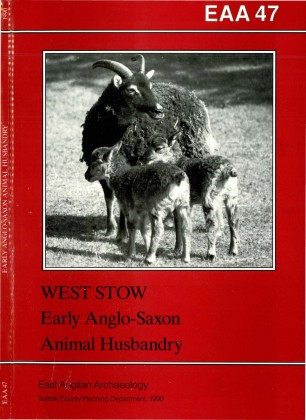