In this, the third and final West Stow report, evidence for occupation of the site before the Anglo-Saxon village will be described and discussed. Mesolithic occupation is attested by a series of flint concentrations and Late Neolithic activity by a ring-ditch, presumably representing a barrow, which contained a central burial pit and over 40 un-urned cremations. A series of small enclosures, a large number of pits, an extensive pottery assemblage and quantities of animal bone represent a considerable Iron Age occupation. Romano-British activity seems to have been largely confined to pottery producation and associated occupation material. Five kilns have been excavated, of generally 2nd to early 3rd-century date, producing a wide range of forms. 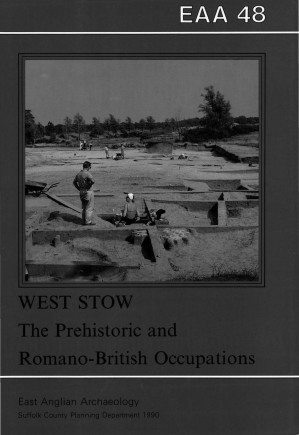