The second Norfolk volume covers a substantial tract of peat fen defined by three rivers, and incorporates the only island of any size in the Norfolk Fens. The rapid shrinkage of peat on the upland edge has revealed a densely-occupied zone that was settled from the Mesolithic through to the Bronze Age. Human settlement is viewed against changing environmental conditions as the Embayment became waterlogged and the fen edge was deserted in historic times. Investigation of the Roman road known as the Fen Causeway revealed a canal, and the associated salt-making and peat cutting economy. 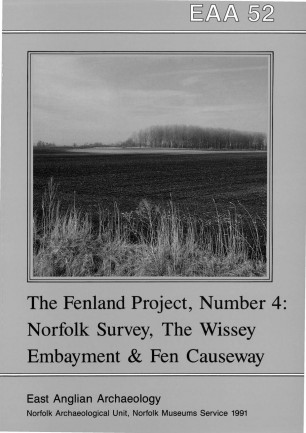