The six defended earthwork enclosures described in this report are the known Iron Age forts in Norfolk. R.R.Clarke examined some of these defended sites to ascertain their dates, and his excavation at Thetford Castle is published here alongside further work by Norfolk Archaeological Unit.
Excavations at Tasburgh and surveys of Warham, South Creake, Holkham and Narborough make this a comprehensive review of a highly distinctive and unusual group of forts. 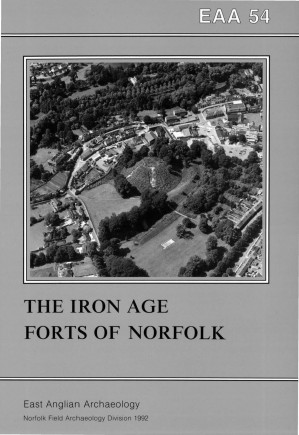