This second volume of results from the Lincolnshire Fenland survey deals with fieldwork in the northern fens and their margins, a small group of parishes at the southern end of the Witham Valley, and the coastal parish of Wrangle.
Survey in the north has offered the opportunity to compare and contrast the archaeology and palaeo-environments of the north with those of the western margins of the Lincolnshire Fenland. Differences between the two have been striking, with the focus of settlement shifting from the northern fen edge to the west during the Bronze Age, and the wide expanses of fen in the north serving as a barrier to communication. 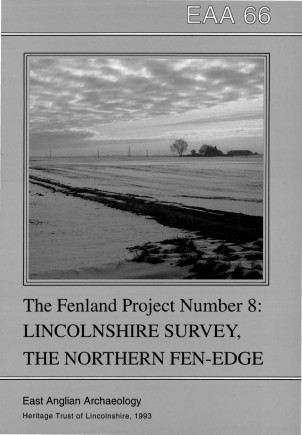