Excavation in the parish of Orton Longueville during the 1970s revealed a farmstead which had been occupied from c.50AD right through into the 6th century.
At its greatest extent, in the 4th century, the farmstead included three barns, a house with a walled yard, a large rectangular building and a mill-house. Important evidence for the milling of grain, brewing and animal management was recovered. The farm was apparently a large establishment having many features in common with a medieval manor, and it may have been an imperial estate. Occuption continued into the Saxon period, with evidence of a granary and possibly a hall. 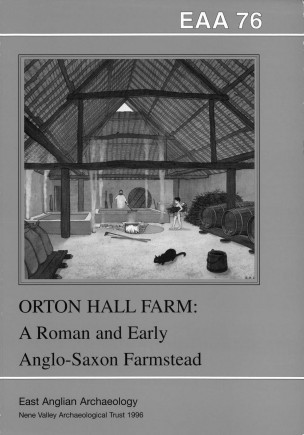