Identified from cropmarks and excavated in 1974, the site consisted of three enclosures belonging to a small farmstead lasting from at least the later 1st century BC to the middle of the 2nd century AD. The evidence of the houses is that the site had been inhabited by a single family group at all times and had developed in tandem with the growing complexity of landscape division, and almost certainly was closed down in favour of another site nearby. After it was abandoned, its earthworks were incorporated into the Roman field system and, eventually, the corner of an enclosure was used for a small cemetery of nine burials. 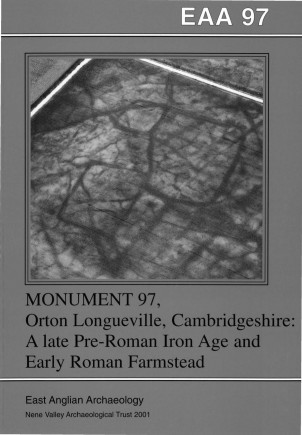